GeneXus is a low-code development platform from Uruguayan provider GeneXus S.A. The biggest point that sets GeneXus apart from other platforms is its ability to automatically generate models from abstract models. 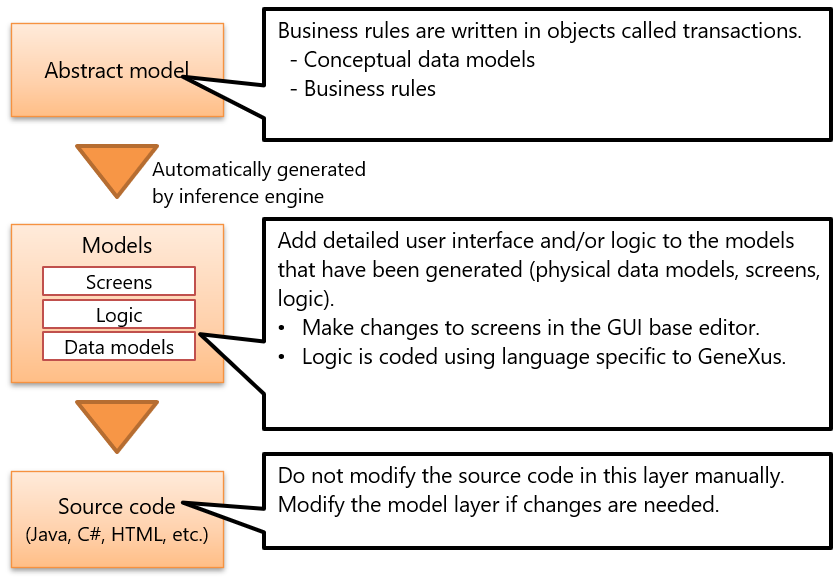 GeneXus assumes that item attributes with the same name are the same concept, and automatically links them. For example, if the same item name exists in two tables, a foreign key is set automatically.
For this reason, the following naming rules need to be followed.

Use of one source multi use

In addition to a feature for making fine adjustments to object positions and decorations in automatically generated screens, GeneXus has a feature to directly edit the HTML source code of the screens.
Users can also use their own CSS.

Situations where GeneXus is effective

Below are the benefits of GeneXus and the situations it is suited to.